Marathon Center for the Performing Arts is hosting a live drive-in concert series this month as a fundraiser for a fine arts venue in downtown Findlay.

The three-concert series features the Reunion Band June 13, 12til2 June 20 and Tongue ‘n Groove June 27. The bands will perform on stage, with the concerts projected onto a larger-than-life outdoor screen to enjoy from your car.

Each concert begins at 9 p.m. and the parking lot opens at 8 p.m. Vehicles will be placed in parking spots by staff members on duty, depending on the vehicle’s size and other considerations.

The Center’s website describes the Reunion Band as a not-so-serious rock and roll cover band that has played 60s and 70s music in and around Findlay for 25 years. The band features the Beatles and Rolling Stones as well as such tunes as “Walk Away Renee” by the Left Banke and “Spirit in the Sky” by Norman Greenbaum.

The core of the band started out playing in the basement of Central Junior High more than 50 years ago and went on to play in high school talent shows. All but one band member graduated from Findlay High School.

Since the early 1990s, the Reunion Band has performed for more than 300 charity events and has helped to raise more than $350,000 for local charities.

Country rock band 12til2, based in Findlay, was formed to perform at a charity event in 2017, according to information on the Center website. After raising $50,000, the band decided to stay together and now plays four major events each year. The band has recorded four original albums, and in 2019, Reverb Nation ranked them the No. 1 rock band in Northwest Ohio.

The Center is asking people to remain in the vehicles, but restrooms will be open inside the building (limited to 10 people at a time) and a small concession area will offer soft drinks and snacks. People are asked to wear face coverings and maintain 6 feet of social distance when they are outside of their vehicle.

Buy tickets at https://www.mcpa.org/events. Cost is $25 per vehicle. 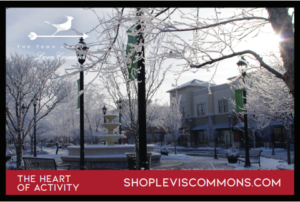